How does Education and Gender impact on work?

The community needs individuals to perform a wide array of crucial functions if it is to prosper but if a community elects to reward only a small number of those functions, say, entrepreneurial success, then a condemnation of that society ensues. As a neo-Darwinian, Dewey believes the key to survival is diversity not homogeneity; the racist is simply scientifically wrong. He acknowledged individual differences and inequality in the physical and cognitive performance of various tasks, but posits a demographic community is primarily concerned with moral equality. Dewey, remarks, ‘moral equality means incommensurability, the inapplicability of common and quantitative standards’ (Garrison, 2005). For Dewey, every individual has a unique potential, regardless of any given physical or psychological inequality. The goal of education is to aid every individual to achieve their unique potential that they may make their unique contribution to society. The result is an aristocracy of everyone.

‘It is a claim that every human being as an individual may be the best for some particular purpose and hence the most fitted to rule, to lead, in that specific respect’ (Garrison, 2005).

Within the philosophical school of Pragmatism, it is believed that “learning occurs as the person engages in problem solving; problem solving which is furthermore transferable to a wide variety of subjects and situations” (Ornstein & Hunkins, 2004, pg. 35). Through informal and formal education we earn and learn the skills needed to perform chosen duties in life. Problem solving is a skill that can be used in many aspects of the working environment, for instance a doctor uses this skill to diagnose his patient while a security officer use problem solving so as not to jeopardise his or the lives of his charges.

John Dewey is considered the great educational realist; he saw education as a process of improving the human condition. He saw the school as a specialised environment that coincided with the social environment. Within the educational curriculum a person’s experiences and interest are explored which prepares him for the future and life’s affairs. The human condition or situation as it relates to the Jamaican context may not always be promising. It could be perceived as one with no future. Such condition may inevitably lead to a life of crime resulting in premature termination of life but the promise of education changes this dark reality. The educated individual takes the knowledge, drive, and desire into the workplace where he uses his talents, skills, and abilities for the betterment of his society, his children, and ultimately his circumstances. This dynamism may even be the key element that changes a whole organisation, its standing and indelibly leave its mark on the society. Such direct or indirect implication of education and gender on work is numerous.

The type and quality of education an individual receives has implications. As cited, our definition of work is one of capability of completing a specific task or assignment. A person ethically cannot, ‘just get up’, counsel and prescribe medication for someone. They cannot ‘just open shop’ and begin seeing clients. On the other hand, if he was adequately educated as clinical psychologist, given information and learnt the ethical standards which govern his chosen profession, then and only then is he following and operating under the proper provisions for a clinical psychologist. Education has far reaching implications impacting on work, on the quality of service offered and on the ability to inflict no harm to clients while offering assistance. Without training, without knowledge, more harm, than good is the ultimate result. 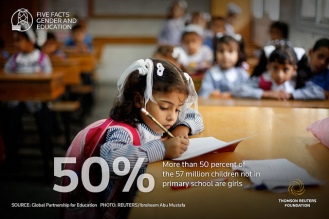 How does Education and Gender impact on work?

With education one is able to gain employment. When this occurs, the person will boost work production contributing to the labour market and the means of production. Even though women now make up a higher percentage of the work population and are evenly more qualified than men, men still get higher salaries than they do bearing in mind that they are in the higher paid jobs. During the feminist movement, more girls sought career paths and enrolled in college to pursue a degree than men even though men were the bread winners of the family. Soon after this movement, more women than men were getting jobs in organizations while the men were seeking employment in construction and repair shops. The women at this time were stepping up into jobs; however men were still the ones that were in senior management roles or main stream in these organizations. Similarly Aristotle advocated that school aged child should imitate the serious occupations of later life (Dunn, 2005). Thus they should be taught the various occupational roles reflective of their gender and it is for this reason most children’s toys are gender specific – males are given action figures and mechanical tools whereas females are given dolls or items for household chores.