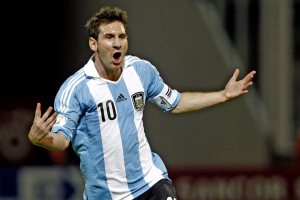 The world-famous athlete and his father, Jorge Horacio, held an offshore company called Mega Star Enterprises that Mossack Fonseca registered in 2012, according to the U.K. Guardian.

Though offshore accounts are not illegal, the Guardian noted, Messi and his father have been accused by Spanish authorities of tax evasion for alleged involvement in shell companies based in Uruguay and Belize. They have denied those accusations, according to the Guardian. Messi, a native of Argentina, plays on Barcelona’s soccer team.

However, this will certainly make things more difficult for the famous football player; after all the Spanish authorities are gunning for a charge to stick against him.

Declarations over my Life #3

Declarations over my Life #2