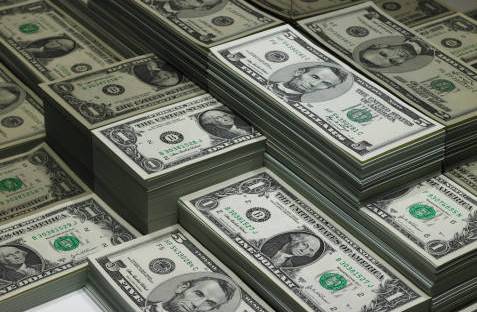 It seems every season there is a political quandary afoot. Today, the thorn in the political parties flesh is Olint.

For those who have a lapse in memory, and only those who did not lose hundreds of thousands or millions in this scheme would have such problems; Olint was one of those money schemes that promised to give you a huge return on your investment, monthly. Needless to say, when the inspectors came knocking on their door, they were found to not be so squeaky clean. While Olint was for the more affluent among us in Jamaica and other countries, CashPlus was the poor man’s, knight in shining amour, which turned out to be an episode from the Bernie Maddof chronicles.

Well one would think that after dealing with every piece of shrapnel that lodged from the David Smith’s Olint debacle, Jamaica would now move on and never hear about it again; except as a reference of what not to do for finance students. But, as with shrapnel, there are some remnants, which you never locate and can never remove.

The current government of Jamaica, headed by the People’s National Party as well as the Jamaica Labour Party recently disclosed that they received a donation from Olint’s coppers and now everyone, with an opinion is demanding or discussing the legal, political, moral and ethical reasons why the money should be returned. Turks and Caicos seem to be gearing up to demand that the PNP and JLP return the money to that country; but let me stir the pot a bit.

If this money is returned and collected, who will it benefit? Will it go back to the pockets of the persons who

were swindled? Or will it simply be forgotten and disappear into the shadows of someone’s pockets? Let’s refer to the 20/20 cricket;  the suave, always smiling, Texan billionaire, Allen Standford was sent to prison for 110 years for his billion dollar ponzi scheme. Should all the cricketers who won prize money from his US$20 million dollar series, give that back too?

In total the amount equals US$7 million dollars, from 2007; now in 2012, from where will the JLP get US$5 million and the PNP US$2 million dollars to give back? And please note, it is the political parties and not the government of Jamaica that will have to return the sum. This, very crucial point, is what got Former JLP Leader and Prime Minister, Bruce Golding caught up into a Manatt enquiry and Jamaicans saying ‘I can’t recall’. Take heed else next season there will be a different kind of political quandary.

One thought on “Burning the Political Fires, a flint of Olint”